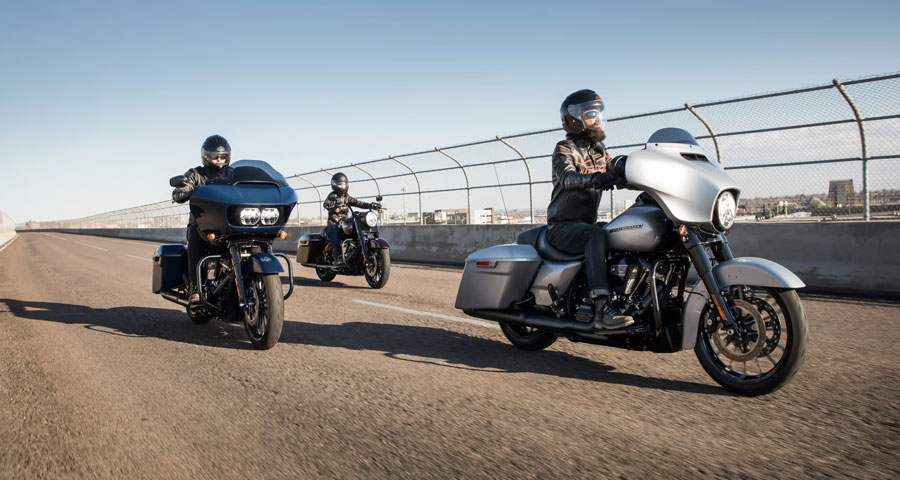 All types of motorcycles possess different qualities to what they need to handle and the type of comfort they should provide. Touring motorcycles have different characteristics and uses than other motorcycles. With a touring motorcycle, you need to be comfortable as it is usually long-distance trips involved with touring.

Here we look at 4 of the best-selling touring motorcycles on the market.

The new chassis design which features aluminium frames helps to reduce the overall weight of the motorcycle.

The new model of the BMW K1600GTL has many improvements from the older model which was first released in 2011. The 6-cylinder engine produces 160bhp with a chassis built to handle all the power.

The K1600GTL has some of the best features possible for long-distance tours. Some of the features include heated seats, central locking, a loud stereo, and a touch screen. The K1600GTL provides the softest and most comfortable ride possible when looking for a touring bike with power.

The Kawasaki Versys is one of the best options when on a budget. The bike is well equipped with many features and a comfortable ride that can be used for all difficulty levels of off-road or longer routes.

The Grand Tourer Pack of the Versys includes a 47-litre top box, bags, led fog lights, frame protectors, and a GPS mount. Being priced way below some of the top-selling tourers it does, however, have fewer features but is still capable of handling long-distance tours and off-road adventures.

Since its release in the 1970s, The BMW RT models have been at the forefront of touring bikes with full house features and a comfortable and powerful ride. The R1250RT is known for its handling and lavish comfort. The base model does not include as many features as on the Honda Gold Wing or K1600GTL, but the higher-end models have features such as electronic suspension, heated seats and grips, and luggage.

These tourer motorcycles possess all the traits needed for a reliable and comfortable touring experience.

Published in Motorcycle Touring and Motorcycling Get interesting stuff and updates to your email inbox.

Thank you for subscribing.